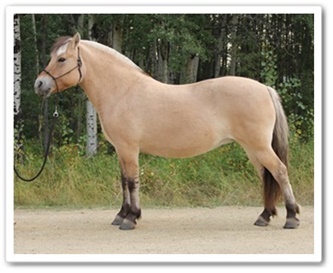 Libby is a grand daughter of both Gjest and Felix, two of the most influential stallions in North America! She is a gentle mare and loves children! Libby has one of the most beautiful heads I have ever seen on a Fjord and very dark zebra striping. 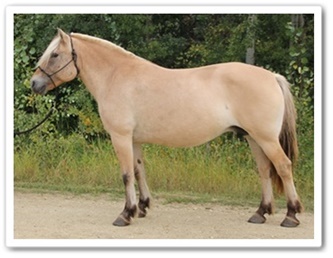 Zaria is currently in foal to Silver Flyer for 2018. 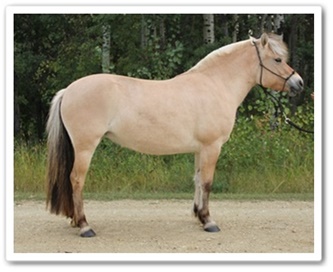 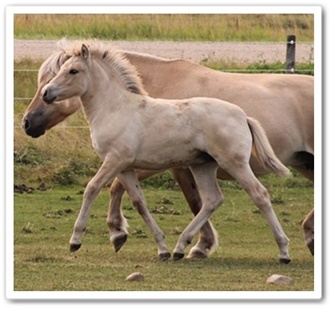 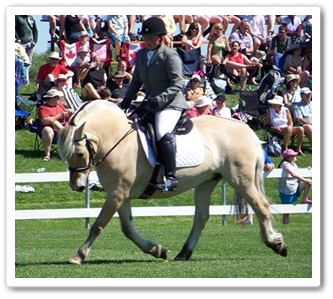 Jewel is also from Vancouver Island and is a half sister to our old boy Bree. She was occasionally used in lessons but much preferred the life of a competition horse. Jewel produced some beautiful babies for the farm and competed very successfully in dressage, local flat shows and driving. She joined our herd in the summer of 2009 for semi retirement and some light riding and trail riding. She is a truly special mare and a great ambassador for the fjord breed. We are very excited to have her with us.

Unna has retired to the West Coast! Our Alberta winters were proving to be too tough on our old girl, she has rejoined her original herd on Vancouver Island. Giant thanks to Lynda Voorhoeve for making Unna's retirement years comfortable! 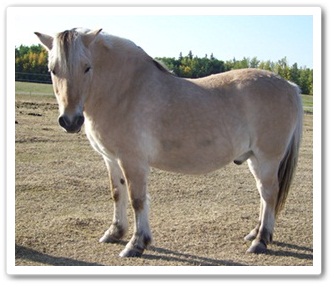 Bree was born and raised on Vancouver Island, BC. He was a solid member of the farm's lesson string and taught hundreds of children how to ride during his many years of work. Bree was one of Aja's favourite horses at the farm so when they decided to retire him we jumped at the chance to have him come retire with us. Bree is now a dedicated lawn mower, companion and occasionally packs the odd relative around the front yard. 1985-2013 RIP Old Man!